This badge was awarded for posting 50 comments

This badge was awarded for being member since March 2016 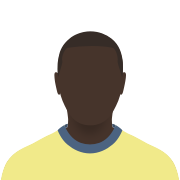 Alex Iwobi: ‘I did extra training. My mum made me do kick-ups in the living room’
Created about 6 years ago · 4 comments

I don't see how selling a 31 year old, experienced, the sole target man in the squad and proven Pl goalscorer is sold to a direct rival is any good news. Auba is undoubtedly a talent but will take at least a year to get into the league and no guarantee that he'll provide in the end. Amazing amount of traffic for this season tho. . Coq, Alexis, Gabriel, Theo, Giroud and Ox all gone...

The net profit through the Emirate years has helped to partially pay down the direct stadium debt. The gross debt peaked at over $530M in 2008 and is now down to $303M. A significant reduction but a long way still to go until the stadium is debt free.

AW : Yes of course, but you have not to forget that we have as well financial restrictions form the banks because we have built the stadium. it is important, we have to respect the financial plan.

What are those restrictions that he's talking about???

It's surely lighter compared to most of the times we've been to Southampton in the past few years. . . Agree that Sanches has to go. That fire in the belly is no longer there on a game-to-game basis.

Trump should contract Dyche to build his wall

Sampdoria want Arsenal midfielder Jack Wilshere and are willing to offer the Gunners £9million to take him to Serie A. Enquiries have been made about Wilshere’s availability but Sampdoria fear their valuation may be short of what Arsenal want, according to the Daily Mail. The England international is now moving into the final 12 months of his contract with no sign of a new deal on the horizon.

who on earth comes up with senseless garbage like this?

did anyone put money on Sanchez auditioning for Mexican soap operas after the 90th minute?

why we keep taking unnecessary risks in our own half? That second goal was purely down to that (again).

This team just isn't fit for this stage of the competition. It's not that we've got unlucky with draws for so many years but the attitude and mentality of the players gets totally frozen into some weird limbo. Spine wanted!

The psychological advantage that Bayern had in the beginning was quite remarkable. Hope they won't regain it in the second half.