The season in numbers: 2015-2016 Injury Room summary and analysis

Posted by Ix Techau over 6 years ago · 1 replies

Arsenal Report have been tracking Arsenal injuries since January 2013. It is the most accurate Arsenal injury database on the planet (bar the club's own internal records of course). We manually track and research every single injury and constantly adjust and update for accuracy.

The first thing to realise is that our injury record this season has greatly improved compared to last season. And I know what you're thinking, but no...the transfer of Abou Diaby had very little to do with the improvement, as I will explain further down.

The most significant improvement overall was the number of injuries in total, which was 44 this year compared to 70 last year. That is a massive 38% improvement in the span of one season. And before you think last year was an outlier: we had similar numbers in 2013-2014 when we sustained 69 injuries in total.

The second most significant improvement is the number of days lost, which will be 1,695 on June 1st. That's a 19% improvement over last season's 2,095 days. In other words: 400 days were recovered, giving us essentially more than a year's difference in manpower compared to last season.

Third most significant improvement was the number of home injuries sustained, which was reduced by 18%. Last season more than a third of all injuries were sustained at the Emirates, but this year we are down to less than a fifth.

We've categorised injury stints into three groups: short (seven days or less), medium (30 days or less) and long (90 days or more). As you can see, the first two overlap as they're calculating X days or less.

We have improved both short (+12%) and medium (+2%) stints, but long stints have deteriorated by a massive 17% compared to last season. This is mostly down to a handful of serious injuries like Wilshere (240 days), Rosicky (211 days) and Cazorla (141 days). Also worth mentioning that Danny Welbeck's issue that kept him out for 268 days last season overlapped into this one, so that will explain some of the difference.

We have three locations: home, away and neutral. International games and training injuries are logged as neutral. As mentioned earlier, the number of injuries sustained at home have drastically come down by 18%, but as a result our away injuries have increased slightly by 6%. Neutral (and unknown) locations make up over 40% of our injuries.

We have eight injury zones: head, torso, arms, midriff, thighs, knees, lower legs, and feet. Worth noting that ankle injuries are considered feet injuries (not lower leg injuries). Comparison numbers for last year are basically the same for upper body injuries, but the most significant difference this season was that we had almost twice as many lower leg injuries but only half as many feet injuries.

Knee is still the most serious injury type you can sustain, with the all-time average days lost to that zone being 84 days. Torso injuries are in second place with an average of 34 days lost.

This graph shows how much we've improved since last season. For every single month up until March we had fewer injuries compared to the same month last year. Only March and May saw more injuries than the corresponding months in the previous season.

Looking at the all-time monthly stats, August leads the most number of injuries sustained with 27 incidents since January 2013. November and March are on a joint-second place with 22 injuries each. May, June and July are historically very low on the chart.

Many people think that Diaby leaving is the primary cause for our injury records improving this season, but he actually didn't impact the numbers that much. He was "only" injured for 157 days in the 2014-2015 season, and that was a result of a single injury. Even if we take him out of the equation we land on 1,938 days lost in total for that season, which is still substantially more than this season's 1,695.

Diaby's most "famous" injury was sustained in March 2013, and it kept him out for 396 days. But that injury was actually over by the time last season commenced.

The most commonly injured player this season was Laurent Koscielny, as usual. He sustained six injuries, but all were minor so he only spent an average of 7.6 days unavailable per injury. Özil and Flamini were joint-second and had four injuries each.

The all-time record for number of injuries since January 2013 remains Koscielny at 19 injuries, with Kieran Gibbs in second place with 14 injuries. Both commonly only sustain minor short-stint injuries.

We have greatly improved on the previous two seasons in terms of number of injuries and days lost. Shad Forsythe joined Arsenal in July 2014 as head of athletic performance enhancement, and has clearly been able to turn things around for the better. Our players look bulkier now when coming back from long injuries, and upper body strength is widely considered a great injury prevention strategy.

Let's see how next season unfolds, but hopefully we'll be able to improve these numbers further. Leicester this season didn't even break 20 injuries, so there is definitely room for improvement in that area. Ideally for a club of our ambitions we should not get more than 30 first-team injuries per season, but that sort of improvement would realistically take a few more years to achieve.

Other articles on Arsenal Report

Welsh Maradona: the story and numbers behind Aaron Ramsey's rise to fame

over 7 years ago 3 comments

over 7 years ago 0 comments

The average points problem: why Arsenal will never again win the title under Wenger 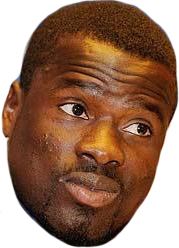 This badge was awarded for being member since May 2016