This badge was awarded for being member since October 2015 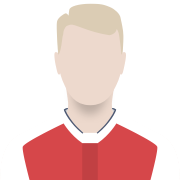 This is one example of many with Oxlade-Chamberlain. His decision making is truly terrible. He has pace, good close control, skill, but that in itself is not good enough. He has no vision and he will never get it. He is a good squad player but that is all. Campbell is not quite as quick, though quick enough, can also keep close control, is strong on the ball, has great vision and can finish. He is simply a better player than the OX.

If you could take Walcott and Chamberlain and roll them into one player , that player would be special. I bring Walcott into it because , like the OX, he is deeply flawed as a footballer. Great pace, but no control and very hit and miss as a finisher. He does possess a good final ball though (at times).

Of the three, i think Campbell is the best all round player.

Predicting a loss here, unfortunately. We'll get boned, Klopp will be hailed as a genius, we'll get one or two key injuries and Wenger will say we'll have to respond in the next game. Dusted.

You might be right - not feeling confident. It has the air of the Southampton game. Still I think the game will tell us a bit more about our title aspirations. No doubt though, if we do pick up a win tonight and a win against Stoke we are in an incredible position. The good thing about our 1st half form is that even if we lose both games we're still right in the hunt.

Ozil was never shit - in fact he was amongst the top players in Europe creatively LAST year AND in his first year. Its just this year he is the middle of maybe the greatest season of all time for a #10. The team is now used to him and we are playing better in general.

There a lot of embarrassed people around regarding Ozil - they tend to justify their ludicrous views by pretending there has been some miraculous change.

Truth is they made idiots of themselves at the time and its funny listening to their post rationalisation.

Time to bump this thread again. 16 assists now. Created 10 chances in one game tonight. Averaging 4.4 chances every game - best in the league

30 assists in 2 and a half seasons - the best ever in PL history over the first 3 full seasons and he still has 19 games to go this year.

What a terrible mistake it was signing him :) As the OP says we should have sold him and bought Pedro LOLOLOLOLOL

Lol - somebody can't admit that they were wrong, badly wrong. Instead of apologising, doubling down seems to be the order of the day. Not surprised.

I guess it wasn't such a big mistake to buy him after all? Even if you are deluded enough to think his first two seasons were 'shit'

13th assist of the season for Ozil and 13 games in a row with goal or assist.

still 'knicking a living' I wonder? Still a mistake to buy him? I think not. Apologies from press and TV pundits are thin on the ground though. Likewise the OP.

12 games in a row now with a goal or assist from Ozil. What a magnificent player - best in his position in the world.

Same old story with Walcott - we should expect another big injury too as a major tournament is approaching for England next summer. He has been cursed ever since being taken to the World Cup as a kid.

I am yet to see a clear stat on the number of clear cut / great chances that Giroud gets to the number he scores.

I suspect he is not very high up on the rankings for that as I have seen him waste so many chances that he should have scored - the latest against Spurs, where a hat trick was there for him quite easily. He missed them all. My view is somewhat subjective of course because I have not seen any detail on this stat (except a shots to goals ratio, which is not the same thing).

It's just my perception at the moment that he we will cost us a lot of points from spurned chances at key moments in games.

Him and Ozil have most chances created in Europe. Santi has been a brilliant player for us and a big part in our turnaround of results against the big teams.

I think Santi has struggled this year in a few games - primarlity because he gives the ball away in very dangerous posiitons far too regularly. Good player indeed, but not at the very top level of a player like Ozil (but then few are)