This badge was awarded for being member since February 2015 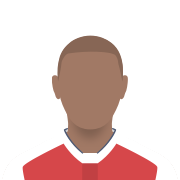 We will need to focus on securing some HG-players if Jack leaves and if we decide to cash in on Bellerin. Although most of you will disagree, I would definitely sign Evans for 3 mil, and I would add Butland too.

Some other targets should be Diallo (left-footed CB, Mainz), N'Zonzi (age is a concern, but HG), Malcom, Lemar, Meyer, Doucouré (great EPL-experience). 2-3 players are needed, especially in the defensive section.

Need to get rid of a lot of players to fit two new signings. Squad is huge at the moment, 31 players in need of registration out of 25 allowed and 18 non-homegrown out of 17 allowed.Ospina, Perez, Debuchy, Jenkinson and Campbell are most likely to leave, with Szczesny and Wilshere also possible. Cazorla is out long-term so no reason to register him until January. We need all those players to leave in order to fit two new non-homegrown non-U21 players.

I see, but the team is not obliged to register everybody in the team, isn't it? Of course, it'd be a huge problem to see Debuchy et al at the team for one more year, but it's likely as no team is prepared to pay his/their wage demands all around the world.

So far so good, but I really hope that Wenger won't stop here. Lemar would be awesome, but if Mahrez comes, I won't be sad. Also a CM is badly needed. Two more signings, Alexis and Özil to stay and we're fully ready for the new season.

Ed Aarons of Guardian reported today that Arsenal is still interested in signing Nice's Jean Seri. The player had already agreed to join Roma, but the Italian side is not willing to pay the release clause (€40m) for the player. I still believe we should sign a CM, and Seri would be an ideal replacement for Cazorla...

Ox & Wilshere may be staying... Jenkinson will leave and Gibbs may go...

I really like Jack, but with his injury record, I'm unsure if we really wanted to keep him. Maybe a buy back option would be a suitable solution.

I don't think Wenger will let the English group of players to leave..

What can he do? Gibbs has reportedly already decided to leave, Jenkinson was allowed to leave the team in January, Wilshere's future is in doubt, and Ox is yet to signdatting.

What about trying for Moussa Dembelé? If we lose Gibbs, Wilshere, Oxlade-Chamberlain, we will need to replace them with home-grown players. Despite being French, Dembelé spent the required minimum of 3 years at an English club (Fulham between 2012 and 2016), so he could be later registered as HG (ATM he's 20, so we don't need to register him in the squad anyway).

Here are my options:

Nolito, £16m. Great player and he's in the peak age, he'd be an excellent Monreal type of signing, and wouldn't kill of the prospects of the youngsters (Iwobi, Rene, etc.)

James McCarthy, £24m. I like the player and what he does for Everton if he is not injured. A fantastic midfielder, provides great stability for the team, Everton always struggle without him on the pitch. He was linked with us some years ago, he would be a great addition to the team. Alternatively I'd mention N'Golo Kanté's name. Although everyone is talking about Mahrez and Vardy, the French defensive midfielder's work shouldn't be underestimated in his first season in England. Would be available for £8-12m.

And finally Michy Batshuayi from Marseille for around £10m. It's very hard to get a good no:9 nowadays, but we certainly must watch the market as Giroud gets older. At the age of 22, he is still a bit raw, but would be an ideal Arsenal-signing. I believe he has more potential to become a great CF than Danny...

I don't think that this is gonna be beneficial for the team...

Henry will be an excellent choice for this task but the timing is equally crucial. He must take over the lead of a smaller team to gain experience in order to avoid the Seedorf/Inzaghi effect which is happening at Milan. Henry is an intelligent man and understands the modern football well, Guardiola and Wenger both had impact on him. In 2017 I'll be happy to see him taking over the lead from AW.

Posted in Thierry Henry as Arsenal manager - dream or nightmare?