This badge was awarded for posting 200 comments 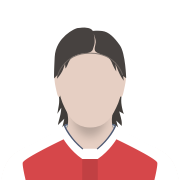 Anyone watch the Leicester game? Damn we looked slick af

Well well, he’s finally pulled the plug. We all wanted this, yet it still feels bad man

Alexis really sucking at Man Utd. Losing possession, being predictable, giving the ball away - all the things he used to do when he was with us

Posted in Alexis & Ozil - Its complicated!!!

Anyone notice how there was no official farewell posts from the club about Alexis leaving? Whereas Giroud, Theo and Coquelin all did.

Sanchez probably wishes he was somewhere else now after that performance

We need to take everything seriously, even the Carabao Cup. Every trophy matters now.

Posted in Should we take the Europa League seriously?

We really need a top tier midfielder more than anything. Xhaka makes me drop nuts every time he's on the ball. Or off it. Or anywhere near the pitch.

Put Ramsey in somewhere. He's too good not to play

Posted in HOW ARSENAL COULD LINE UP WITH AUBA & MKHI???

If we get those two, it'll be a spectacular recovery from a potentially disastrous window.

20 million for Alexis... that's some serious lowball offer especially from a team in the same league. But still better than losing him in 6 months to the same team for a free